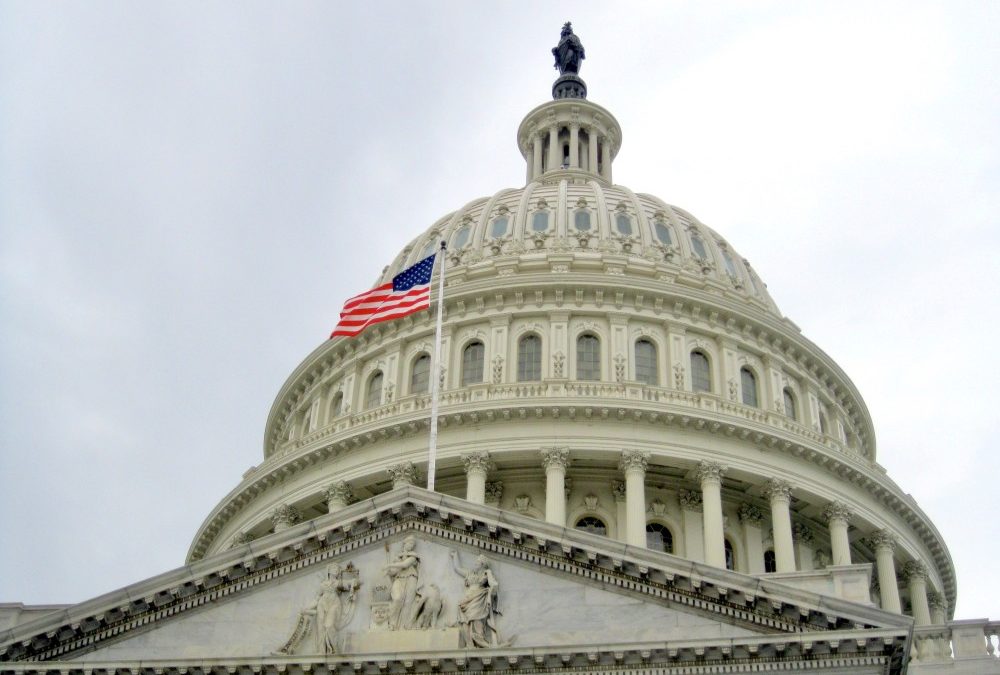 Forty-seven Republicans in the House of Representatives made history Tuesday by voting to codify same-sex marriage protections into federal law.

The Respect for Marriage Act would repeal the Clinton-era federal definition of marriage as a union solely between a man and a woman, federally protect all marriages that were legal in the states where they were performed, and prohibit states from denying their validity.

As the nation’s largest organization representing LGBT conservatives and their allies, we thank these 47 forward-thinking Republicans for voting in favor of this bill, which we support.

Given that even just a decade ago the GOP strongly opposed any efforts to advance marriage equality, the fact that almost a quarter of House Republicans voted for the Respect for Marriage Act should be celebrated as a turning point.

Now we are encouraging Senate Republicans to do the same.

Let’s be clear: we can see the partisan games Democrats are playing with this bill.

They are desperate to pivot the November elections away from the Biden-Harris record by fearmongering that legal protections for marriage equality are on the Supreme Court’s chopping block after Roe. They’re hoping that the bill’s failure will provide the fuel they need to keep that misleading talking point alive in the media.

We don’t buy their argument about the court, notably because the court’s majority opinion overturning Roe explicitly stated their decision on abortion has no implications for marriage equality or anything else.

Nevertheless, as principled conservatives we believe that laws should be made by the legislature, not the courts, which is why we believe this bill should be turned into law.

We acknowledge that some Republicans still remain firmly opposed to marriage equality. We respectfully disagree. But we also know that many Republicans support the idea of marriage equality or agree it is settled, but are unsure if this is the right bill to move forward. They ask, “What is the point? Why now?”

These Republicans might be surprised to learn just how quickly political support for marriage equality has shifted in the past few years. Voting to codify same-sex marriages as legally valid puts the Republican Party not just in line with the vast majority of the country, but with a majority of its own voters.

As of last year, while a record-high 70% of Americans support marriage equality, a majority 55% of Republicans agree that “same sex marriages should be recognized under the law as valid.” That’s a 15-point jump from even just six years ago, and it’s trending higher.

Supporting marriage equality is not a political liability: after President Donald Trump acknowledged that marriage equality was a settled issue, the base rewarded him with the largest number of votes for any Republican presidential candidate in U.S. history.

If putting the GOP in line with its own voters is not convincing, then consider that blocking legal protections for same-sex marriages, given its increasingly mainstream acceptance, gives Democrats more fuel for their narrative that Republicans are “anti-gay” out-of-touch extremists.

Conservatives are winning the culture wars on issues like Title IX and gender ideology in classrooms – issues on which LGBT conservatives and the Republican Party are fully united. We cannot afford the distraction of relitigating the marriage equality debate. Many Republicans openly admit the debate over marriage equality is settled. A vote for the Respect for Marriage Act puts the issue firmly to bed once and for all and moves the Republican Party forward to the critical fights we are facing today.

Our organization, Log Cabin Republicans, has worked tirelessly to build a more inclusive GOP that signals to LGBT conservatives they are welcome within the party’s big tent. Trump won more than a quarter of LGBT voters in 2020 – we believe we can preserve and build on that progress.

Votes on bills like the Respect for Marriage Act matter not only to LGBT voters but to their friends and families and to young voters who are looking for a credible alternative to the Democrats.

Regardless of what happens with this bill, we will continue our work of persuading LGBT conservatives and their allies to vote for the GOP. Republican support for the Respect for Marriage Act will help immensely to move that ball forward and get us back to focusing on critical issues facing our nation and the world.