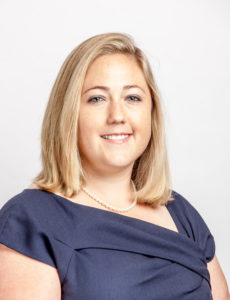 Washington, D.C. — The Log Cabin Republicans Board of Directors has elected Sarah Longwell as its national Chairman. Longwell becomes the first female to hold the leadership position of the country’s premier LGBT conservative organization.

“While it’s nice to be the first female Chairman of Log Cabin Republicans, I hope this is the least memorable fact about my tenure,” Longwell said. “I joined the Log Cabin Republicans Board of Directors in 2011 because I wanted to increase the number of GOP voices speaking in favor of LGBT Americans. Over the past six years, LCR has been at the forefront of tremendous positive change: working to build bi-partisan support for employment non-discrimination, championing the lawsuit that lead to the repeal of ‘Don’t Ask, Don’t Tell,’ and working for and winning marriage equality. As Chairman I hope LCR can build on this legacy by working with Republicans to protect the civil rights of all Americans and helping to move the country closer to its promise of ‘liberty and justice for all.’”

In addition to holding the distinction of being the first female Chairman, Longwell is also the organization’s youngest board member. She has also served on the Leadership Committee of Young Conservatives for the Freedom to Marry. Sarah is a Senior Vice President and Partner at a communications firm in Washington D.C. She has delivered expert testimony before numerous state legislatures, appears frequently in the national media, and is quoted in hundreds of news stories each year. Her opinion pieces have been published in top-tier newspapers including in The New York Times, USA Today, The Washington Post, and The Los Angeles Times. In 2010, she was named a “Rising Star” by Campaigns & Elections Magazine and was recognized by the American Association of Political Consultants as a member of the class of 2016’s “Top 40 under 40.” Longwell is a graduate of Kenyon College in Ohio and lives in Washington D.C. with her wife and son.

“It’s a privilege to rejoin the Log Cabin Republicans National Board of Directors in our 40th anniversary year,” Ricchizaai stated. “We’ve come a long way since our founding, and I feel our best days are still ahead of us.”

“Log Cabin Republicans is at the forefront of LGBT civil rights,” Webb declared. “We are in a unique position to make the conservative case for equality. I look forward to rolling up my sleeves as a member of the Board of Directors as we continue to work within the Republican Party and larger society.”

“Supporting the common-sense conservative message of Log Cabin Republicans is nothing new to me,” Rouse said. “As a member of the Board of Directors, I look forward to playing a more formal role in achieving victories for the LGBT community as we embark on our organization’s 40th year.”