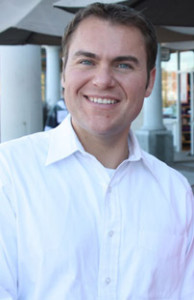 Washington, D.C. – Today Log Cabin Republicans announced its Board of Directors has endorsed Carl DeMaio for United States Congress. DeMaio, a gay Republican and former San Diego City Councilman, is running to be the next Congressman in California’s 52nd Congressional District.

“Log Cabin Republicans is proud to issue an enthusiastic endorsement of Carl’s campaign,” said Log Cabin Republicans National Executive Director Gregory T. Angelo. “The people of California need a reform-minded, new generation Republican to represent them in Congress, and I can think of no one who fits that bill better than Carl: a successful businessman, a proven leader, and a fine example of a strong gay conservative. This is a seat we can win, and we’re going to win it with Carl.”

“My candidacy and my eventual voice in Congress will offer an example of how the ‘New Generation Republican’ is focused on issues that unite, rather than issues that divide,” DeMaio stated. “With the support of our broad-based coalition that now includes Log Cabin Republicans, I want to drive the debate on pocket-book, economic and quality of life issues – and urge politicians to stay out of issues that are frankly none of the government’s business in the first place.”

DeMaio carried the 52nd District with 58 percent of the vote during the mayoral race in 2012. He was a proven reformer on the San Diego City Council and gained national attention for his role in San Diego’s successful Comprehensive Pension Reform initiative in June of 2012. Read more about his candidacy at www.CarlDeMaio.com.

Please give to Log Cabin Republicans PAC today to make sure that Carl and all of our freedom-minded Republican candidates have the resources they need to win in 2014.