Two Indonesian men get 77 lashes in public for homosexual activity 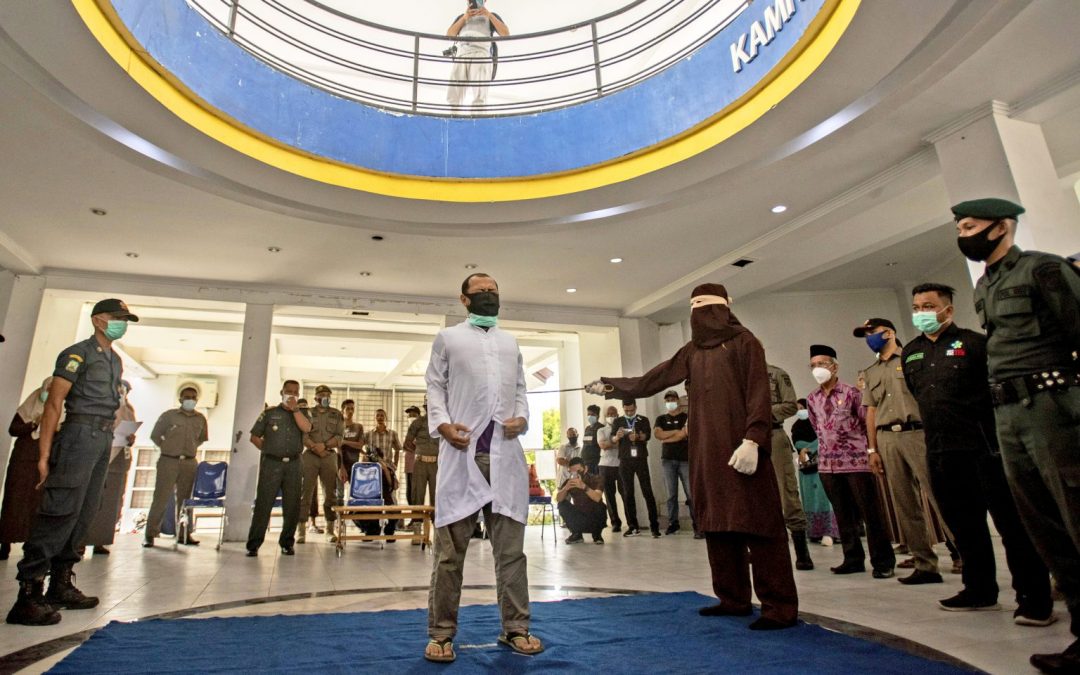 Two men reported to Islamic police in Indonesia for having sex with each other were publicly caned Thursday, each receiving 77 lashes, according to the Associated Press.

According to reports, neighbors snitched on the men, aged 27 and 29, to the Islamic religious police in Aceh province for activity in violation of Sharia law, which is officially recognized in the region.

On Thursday afternoon, several dozen people gathered in a public park in Banda Aceh, the provincial capital, to witness the gruesome caning of the two lovers, according to the AP.

Reports indicate the men were arrested in November after neighbors broke into a rented room shared by the men once they became suspicious the men might be engaged in a romantic relationship. The neighbors allegedly caught the men in a sexual act.

The men were each sentenced to 80 lashes but three were removed to account for time spent in jail. The maximum punishment by law is 100 lashes.

Read the full article at OUTspoken.